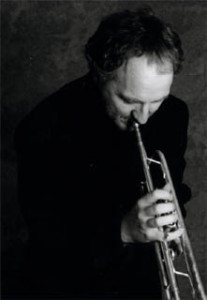 Jan Magne Førde (born 1962) has worked as a professional musician and composer for almost 30 years. He is in great demand as a soloist and composer/arranger, both in Norway and internationally, and aside from his solo career he plays in “The Brazz Brothers”.

Førde has toured all over the world and has collaborated countless times with other musicians and artists, notably Lester Bowie (USA), John Surman (England) and Palle Mikkelborg (Denmark).

He made his solo debut in February 1996 with the critically acclaimed CD “Enough of that jazz”. In 1998 came his second CD “Domen” (The Dome), which was nominated for two awards in 1998: Spellemannspris and Edvardpris. Many other famous artists have also made use of Førde’s trumpet. He has made a contribution to over fifty CD productions with artists like Jan Eggum, Halvdan Sivertsen, Göran Fristorp, Steinar Albrigtsen, Knut Reiersrud, Sigvart Dagsland, Dum Dum Boys and Sissel Kyrkjebø as well as fourteen CDs with “The Brazz Brothers”.

Førde has written over 250 compositions and arrangements for all kinds of performers, ranging from minor vocal pieces to commissioned works for symphony orchestra. Several of the compositions have become very popular and are performed by musicians and artists the world over.